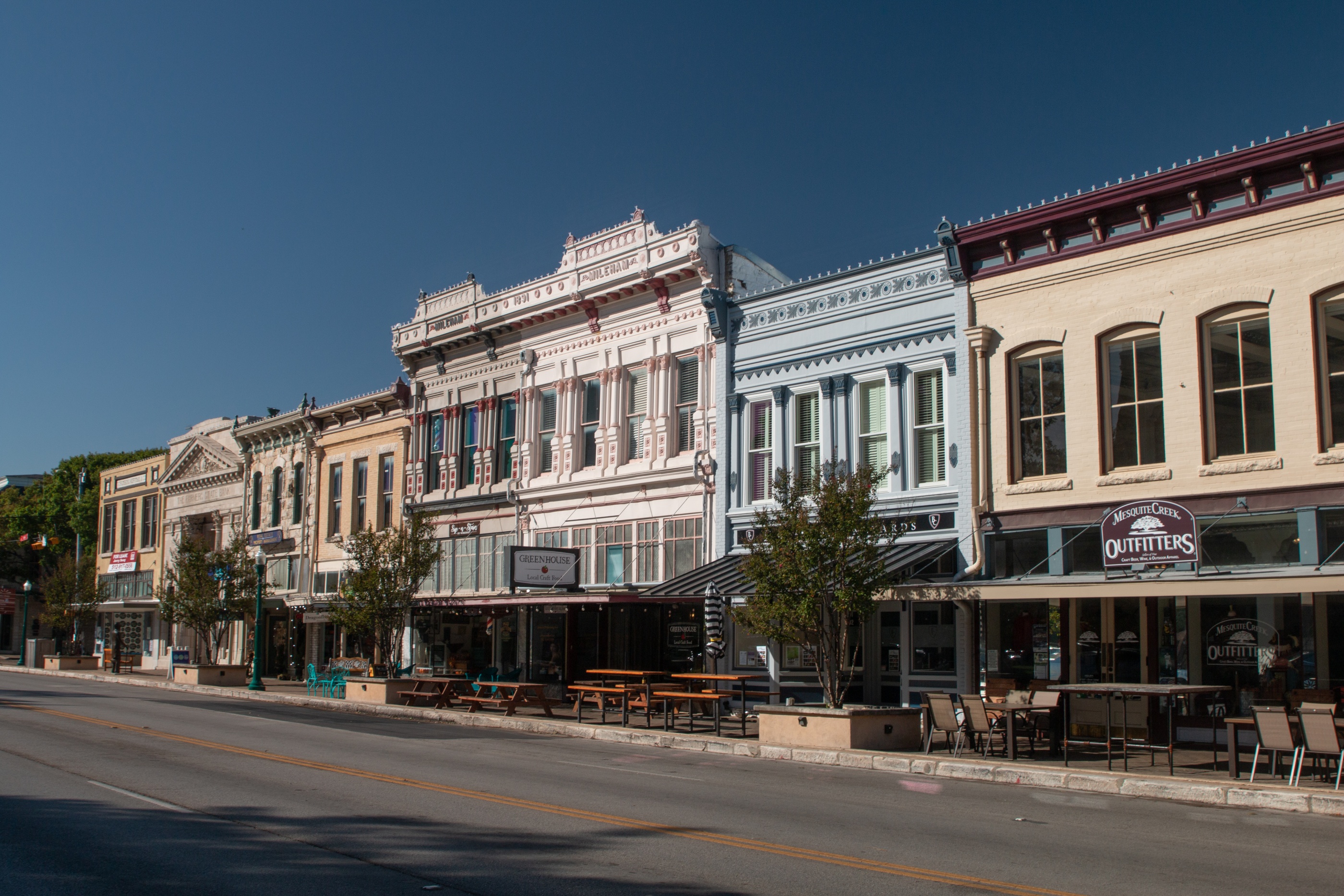 GEORGETOWN, TX — They say inspiration can come in the most interesting places - the shower, or mowing the lawn, for instance.

But, for local videographer Rachel Hancock, inspiration came while she was driving down the historic, residential streets of Georgetown, TX.

"I thought to myself, ‘I bet these houses could tell us some interesting and amazing stories! I would love to document them into a video series," Rachel Hancock, owner of Something Social, said.

Hancock reached out to other local videographers, Sydney Decker, owner of Root Story Studios, and Richard de la Vega, owner of ASA Imagery, with an idea to produce a monthly video series highlighting the historic homes in Georgetown, TX.
"When Rachel approached me with the idea of telling the stories surrounding some of Georgetown's most iconic historic homes, I couldn't have been more excited," Sydney Decker said. "Historic stories are right up my alley and a core part of what I do with my business Root Story Studios, so this series was a natural fit for me.”

Georgetown, TX is known for its charming town square and beautiful historic district. The community even has its own organization dedicated to preserving and restoring historic residential and commercial structures. Georgetown loves hearing about and taking care of its own history.

Hancock knew the series would need a sponsor. Enter Kristin Hepp, who is a local Coldwell Banker Realtor and one of Hancock's clients. During a client consultation, Hepp mentioned she'd hoped to someday work on a video series involving homes. Hancock had just the series for her.

"She introduced the idea of Historic Georgetown, the Home Series," Hepp said. "I was like, 'Yes, I would be happy to sponsor that project!' That just kind of led me to right where I wanted to be.”

The 12-episode series will include the work of the three videographers and Hepp will serve as the series host. Hancock will find the homes, film the interiors, and exteriors, and scenes featuring the series sponsor and host Kristin Hepp.

Decker will interview the homeowner(s) and write a companion article for each video featuring exclusive content not seen in the video. De la Vega will take to the skies to provide a new point of view of the home using aerial/drone footage.

"I am a real estate agent, I generally love just being in and out of homes," Hepp said. "I am just so excited to be able to go into each of these homes and hear the story...and you know, how it connects to Georgetown and meet new people.”

The team has embarked on this series at a time when Georgetown itself is undergoing growing pains. In 2019, Georgetown was listed as the seventh-fastest growing city, according to the Untied States Census. In 2015, it was the second-fastest growing city in the nation.
In the midst of that growth, some residents have expressed concerns about how that growth might endanger the hometown, small town charm the city is widely known for.

"I agree, we are changing and growing and people are moving here...but for good reason" Hancock said. "We have an amazing community full of people that genuinely care about our past...our history. It's stories like the ones we are featuring that make Georgetown unique and special. A lot of groups in Georgetown are working to preserve our past...and I want to be a part of that.”

Hepp, who has a front row view to the growth Georgetown is experiencing, said she hopes the series helps residents - new and old - better understand the historic city they live in and get a sense of that small town charm that is central to the community's culture.
"Everybody that is drawn to Georgetown really loves that hometown feel," Hepp said. "So when you drive up and down Main Street or Church Street or Austin Avenue, being able to preserve the history of Georgetown just kind of sets the tone for the community.”

In this season of growth, De la Vega also said the series will help remind residents - new and old - just where Georgetown began all those years ago and how far it's come, while preserving its hometown feel.

"We as a community need to always remember where it all started, what it means to us today, and how important it is to preserve it for tomorrow," Richard de la Vega said. "I hope the viewer after watching is able to say, “This is our town.’”

The first episode will be available on January 29th.

Details about filming, release dates, and other updates can be found at the social media pages and websites for Something Social, ASA Imagery, Root Story Studios, and Kristin Hepp - Coldwell Banker Realty.